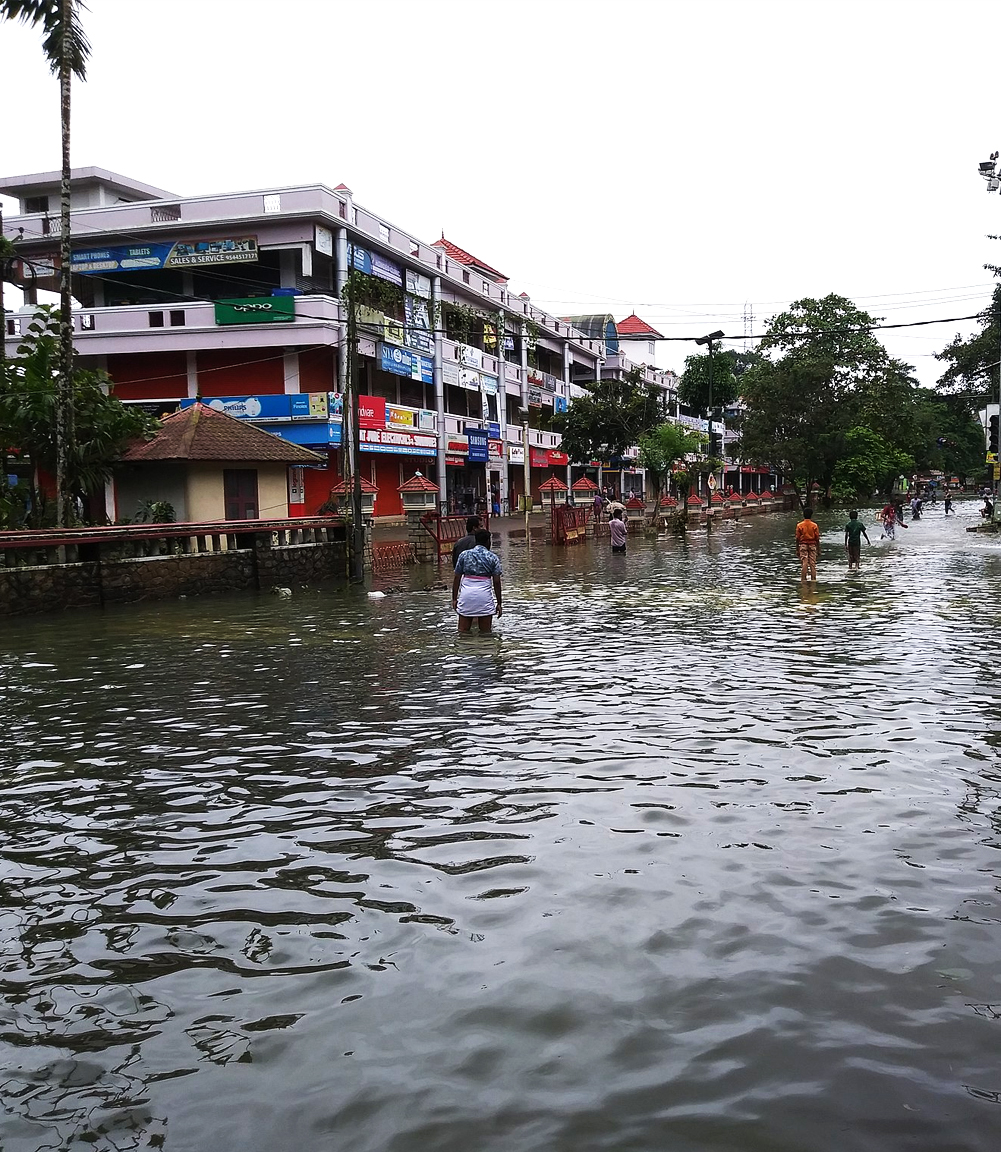 On 8 August 2018, severe floods affected the south Indian state of Kerala, due to unusually high rainfall during the monsoon season. It was the worst flood in Kerala in nearly a century. Over 483 people died, and 14 are missing. About a million people were evacuated. All 14 districts of the state were placed on red alert. According to the Kerala government, one-sixth of the total population of Kerala had been directly affected by the floods and related incidents. The Indian government had declared it a Level 3 Calamity, or “calamity of a severe nature”. It is the worst flood in Kerala after the great flood of 99 that took place in 1924.

Kerala survived the flood with the relief activities lead by the youngsters, thanks to social media too which was the major medium of communication and coordination. YESTE took a major role in supporting the relief activities in an around Kottayam district. A team of youngsters were formed on 16th of August, under the banner ‘Kottayam Koode’. A collection centre was set up initially at the premises of Decathlon, Thellakom and then moved to Kohler Showroom, Thellakom. Multiple centres were formed in association with several other groups in places such as Manarcadu, Kaduthuruthy and Thalayolaparambu. Relief materials were collected from the public to all these centres with the help of hundreds of volunteers and distributed to several relief camps, houses and government officials. Materials and medicines were distributed multiple times to various 150 camps across Kottayam district, Thiruvalla and Chengannur.